I Felt More Comfortable Passing Away…

Scott was diagnosed with ALS three years ago. This year, at forty-two, he entered hospice care with Seasons Hospice & Palliative Care.

Scott has worked closely with his hospice care team and the Seasons Hospice Foundation’s Legacy Program to create memories for his parents, wife and two children, Brooke (21) and Alex (11), to hold on to after he is gone. 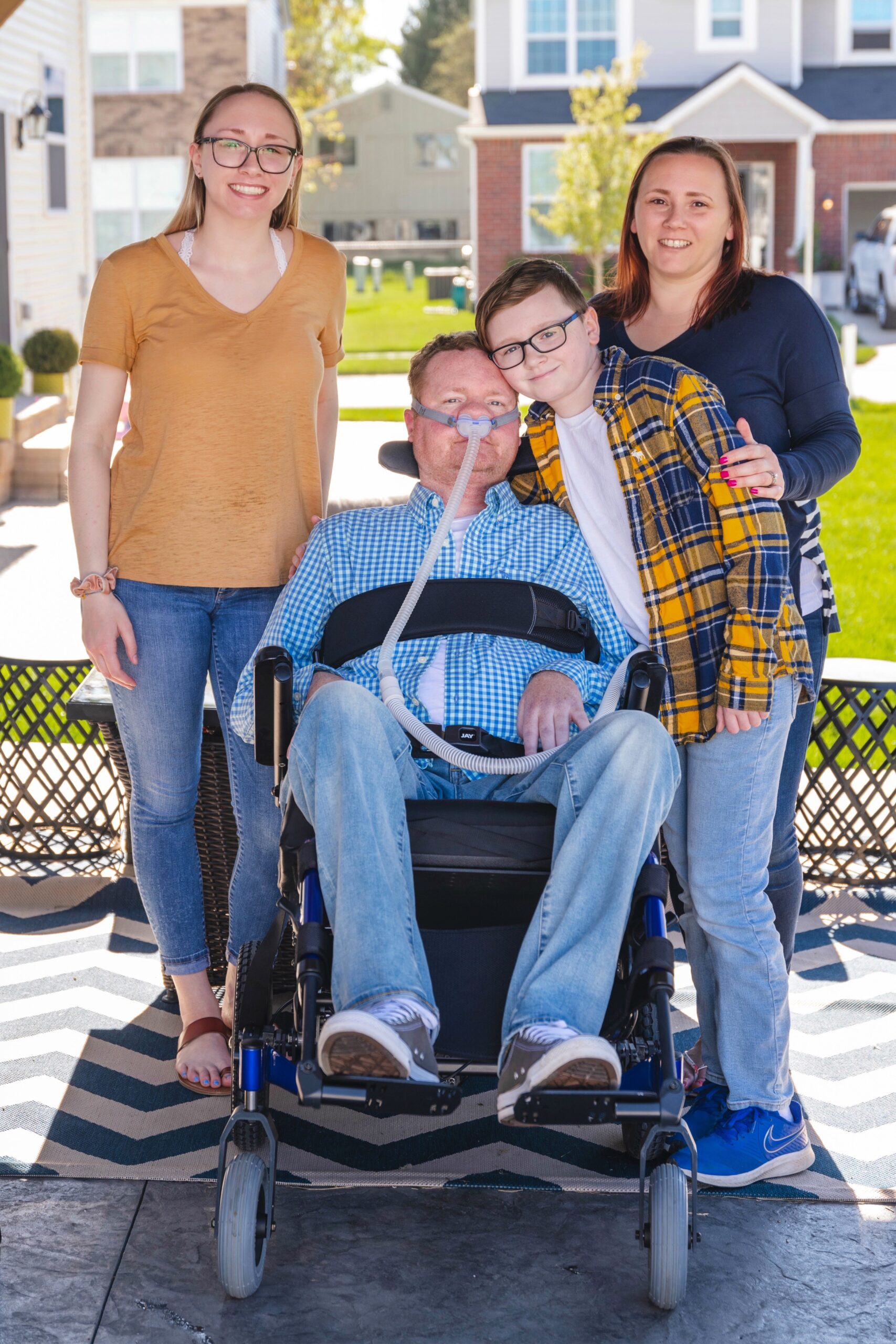 When it came to Alex, his 11-year-old son, Scott knew exactly what he wanted to do. He remembered a publication he relied on for advice for over 10 years. Esquire’s 2006 edition of “The Big Black Book” helped Scott enter the work force with confidence. It taught him how to tie a tie, shine shoes, sew buttons, iron a dress shirt and pick out the right suit.

Scott knew he was going to miss important moments in his son’s life. Moments where, not only would his presence be missed, but his guidance and advice. Scott acknowledged emotionally, “I’m not going to be around to teach Alex some of the great lessons I got out of that book.”

Scott and Jamie searched for the issue, but after tearing their house apart, they realized it had been lost in a move. The issue was out of print, but in today’s world of online marketplaces, surely it would not be hard to find.

Scott and Jamie scoured the internet, sent emails to anyone they could think of that might be able to help, but could not find the 2006 edition anywhere. Then they reached out to Scott’s hospice team and the Seasons Hospice Foundation for help. This began a chain of events that amazed all of us.

The Foundation team reached out to a friend at Meredith Corporation who sent an email to his colleague at Hearst, Esquire’s publisher. He, in turn, contacted Samantha Irwin, the general manager of Esquire who happened to be in the office that afternoon. She was incredibly moved by Scott’s request and immediately began her search. Sam found the issue and sent it overnight that day!

It is difficult to describe the tears when Jennifer, Scott’s music therapist, delivered the book to Scott and Jamie. Joy? Heartbreak? Relief? Maybe it was a little bit of everything, but we all felt how important this book had become. 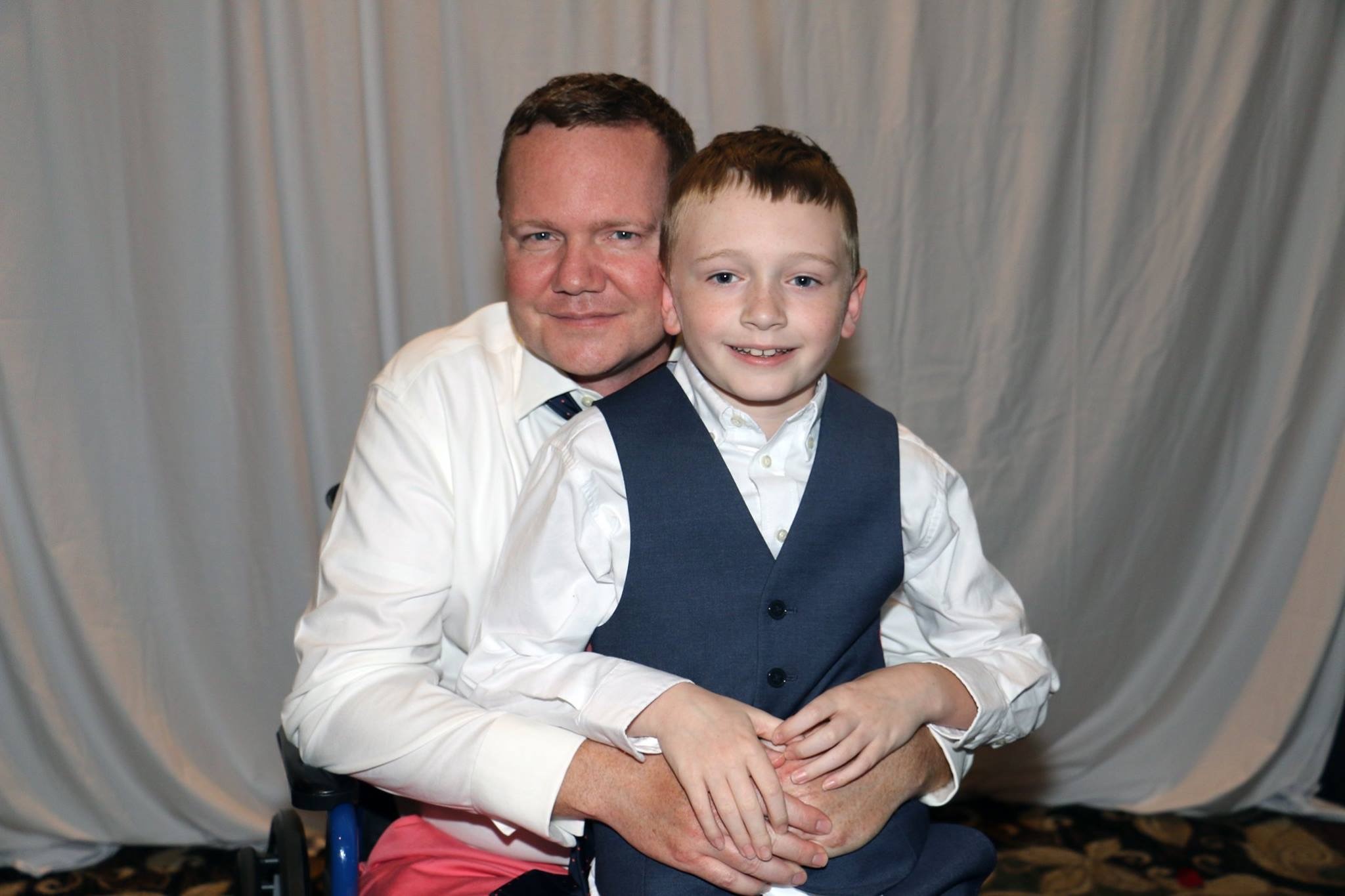 Scott laughed about introducing the Big Black Book to Alex telling us “He humored me. There were some cars in there that he liked!” But for Scott, it brought peace of mind. “When she brought the book here, I felt more comfortable passing away. It warmed my heart in a way I can’t express, as silly as it seems. When he ties his tie, I’m going to be there with him, because that’s how I learned.”

Scott is working with his team to create voice recordings as a legacy project for his family. His voice is getting weaker as breathing is becoming more difficult, but he hopes to finish his recordings for Brooke, Alex and Jamie this week, before he can no longer speak.

Through all of this, Scott wanted to share his story to give people hope. “The world is a hard place right now, just watching the news is tough. But there are people that want to help. Each person who helped get this book to us, as simple as it seems, was acting selflessly, just to help my family.”

We couldn’t agree with Scott more. Every person that heard his request was touched and offered help. It is such a special story of love and hope from Scott and Jamie to their SHPC care team to the Foundation team to the folks at Esquire. We are all so grateful!