Do you know a child who is grieving the death of a loved one? Camp Kangaroo is a two-night, three-day experience offered at no cost where children can connect with others their own age who have experienced a loss, learn positive coping skills and feel supported in their journey through grief. Camp Kangaroo is funded by Seasons Hospice Foundation and staffed by trained staff and volunteers from Seasons Hospice & Palliative Care (SHPC). The next camp will be held April 26-28, 2019 in Angelus Oaks. Ryana Goldberger, National Director of Supportive Care and Patient Experience at SHPC and resident of Torrey Hills, has served as the Camp Director for the past four years. “We started with a group of about 30 children during a day camp at Cardiff Elementary school. The camp has grown each year and served 70 children last spring,” says Goldberger. The four Southern California Seasons Hospice programs collaborate each year to serve the San Diego, Orange, San Bernardino and Los Angeles communities.

Campers are referred by school teachers and counselors, family members and friends. An in-home assessment is completed for each child to ensure that the camp is appropriate for them, and they are appropriate for the camp. Goldberger adds, “This camp is really designed for children and teenagers whose grief is affecting their social relationships, their sleep, appetite or school performance. We see a tremendous weight lifted from their shoulders as the weekend progresses. They bond with each other and learn that they have an incredible strength and resilience within them to get through even the most challenging situations.” Many of the campers have experienced the death of a parent, a sibling or a close relative. Some of the deaths were expected and their loved one was on hospice, but most were not. Learning to cope with suicide, murder, and drug overdose is difficult for adults, let alone children. Camp Kangaroo employs a creative arts-based curriculum of music, art and discussion. Campers also get to experience plenty of outdoor play including activities such as archery, a rock-climbing wall, hiking and sports games. The vast majority of the campers are first-time attendees. “They all have such a great time and want to come back, but they are typically in a very different place when we circle back to them. They carry their new skillset forward and are grieving appropriately,” says Goldberger.

If you know of a child (age 5-17 years) who could benefit from this camp, please have their parent or guardian visit www.seasonsfoundation.org/camp-kangaroo/ to register by 4/15. If you would like to make a tax-deductible contribution to sponsor a camper for $300 visit https://seasonsfoundation.org/camp-sponsor/ and include SoCal Camp K in the memo box to earmark your donation for the local camp. 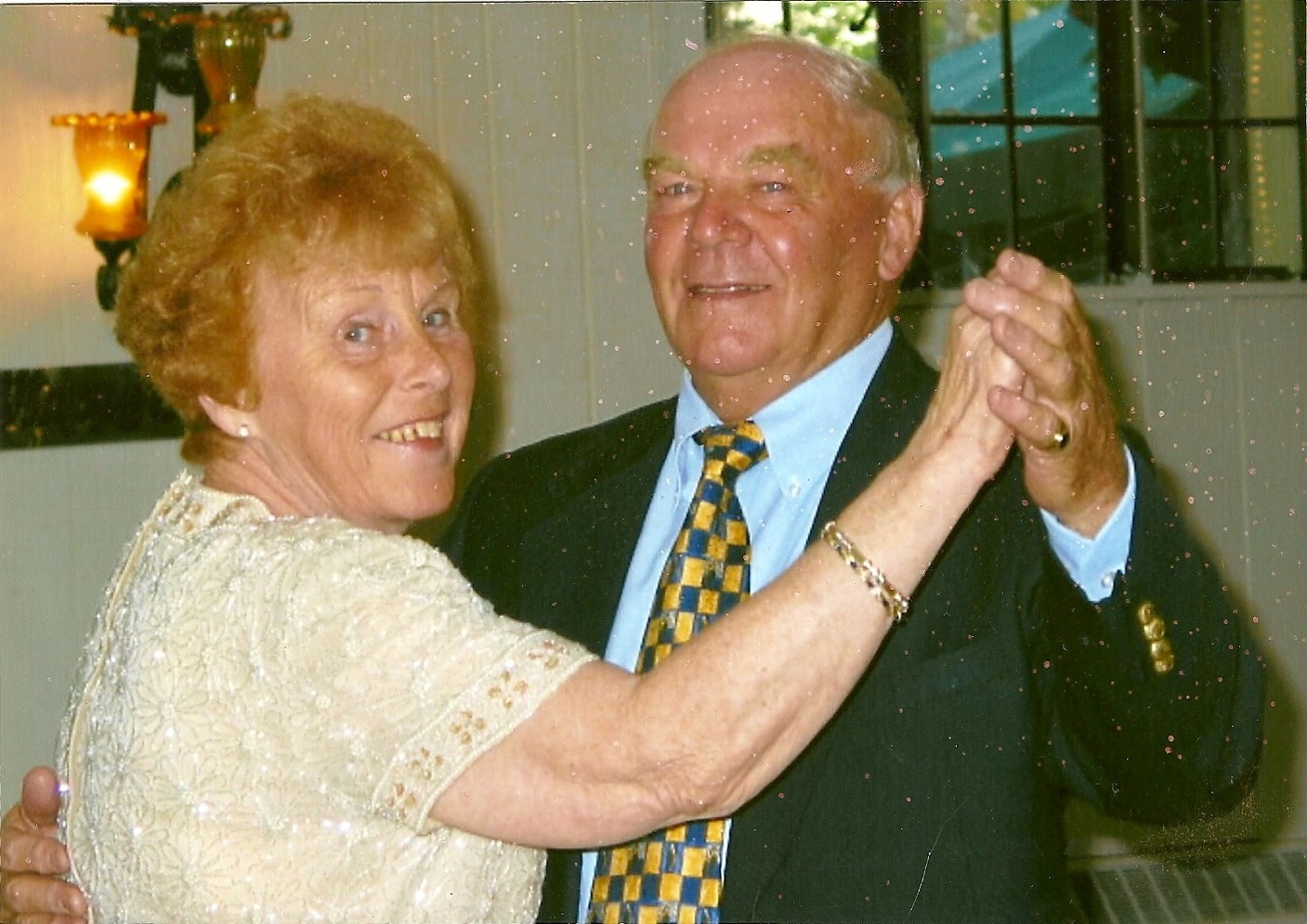 People give to Seasons Hospice Foundation for many different reasons. They may give to honor a caregiver who made their family’s journey a little easier or because of the tremendous care they received at home or at one of our inpatient centers. Often, grateful families give in memory of a loved one. The stories behind our donors are always touching, sometimes a story has so many facets, it impacts all of us.

But it’s not just families that give. Hundreds of Seasons employees give to the Foundation because they see the important work we do first hand every day.

Recently, our own Ken Genaw, National Director of Clinical Operations, was given the opportunity to make a sizeable donation to the Foundation – in memory or honor of anyone he chose.

Ken chose to donate in memory of his mother-in-law, Catherine. Although Ken’s relationship with his mother-in-law wasn’t always smooth, she not only led him to hospice, but to Seasons, and to the opportunity to support our Foundation.

Ken and Catherine never really got along as well as Ken would have liked. When Catherine became sick, she moved closer to her daughter and Ken and their relationship changed. Through their proximity and almost daily contact their relationship improved. Catherine’s 9 ½ year battle with cancer included several treatments but no hospitalizations – until April of 2008 when she entered the hospital.

Catherine died on April 30, 2008. Ken had noticed her decline, but his wife, Leslie, and his father-in-law, Allan, didn’t see it as clearly. After Catherine’s death, Leslie and Allan focused on the hospital and the doctors. Of course they knew she had cancer, but with little debilitation and no hospitalizations, the cancer just seemed to be a part of her life. They struggled to recognize her decline, deal with her disease and ultimately manage Catherine’s death.

Because of his family’s experience, Ken sought a job in hospice. He was drawn to the support caregivers receive during a loved one’s decline and the bereavement support he saw as so necessary for Leslie.

He applied for a weekend on-call position at Seasons. After a series of interviews, and some time spent “keeping in touch”, Ken found a home as Team Director in the Michigan office. While the position was what he hoped for, it was challenging and included a significant pay cut from his previous position at a Home Health agency.

As many who work in health care often experience, Ken moved from position to position as the Michigan Team’s needs changed. Through changes in titles, reporting structure, responsibilities and pay, Ken went where he was needed even when the road was rough. Years later, much of the Season’s staff and leadership remain grateful for Ken’s flexibility – including Dr. Balu Natarajan, the Chief Medical Officer of Seasons Hospice – who helped facilitate Ken’s donation.

Ken’s family continues to celebrate Catherine’s life and Ken truly believes that through her illness and decline, he and Catherine grew closer and developed a caring relationship. Ken’s choice to honor his mother-in-law and support the work of Seasons Hospice Foundation strengthens his wonderful connection to hospice and Seasons.

31 May 2016, Posted by Seasons Hospice Foundation in Camp Kangaroo, Donation 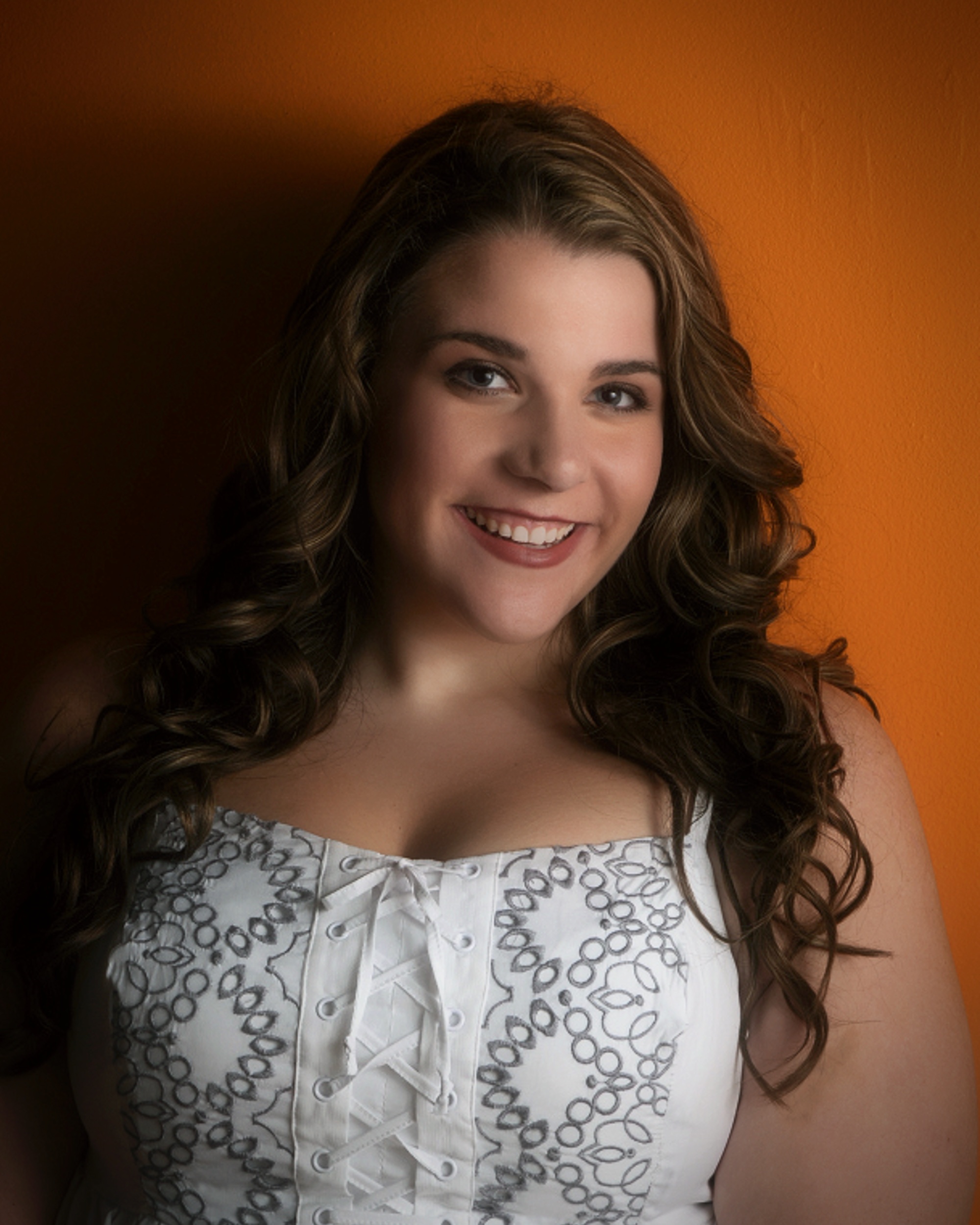 Alexa Switchulis is proud to support Seasons Hospice Foundation and is donating her graduation gifts to Sponsor a Camper. Camp Kangaroo is a bereavement camp experience offered free of charge to children in the community who have suffered the death of a loved one. Here, children can journey through grief—and embrace life—in a safe and supportive atmosphere. Camp Kangaroo is a source of healing and fun for the children who need it most.

Congratulations & Thank You to Alexa, Class of 2016. 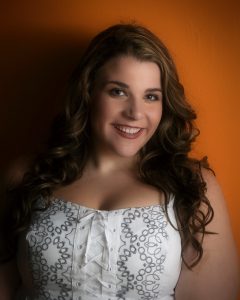 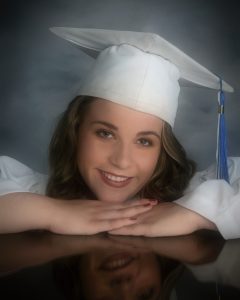 The loss of a loved one is difficult for a child and can wreak havoc on families. Unlike adults, children lack the ability to identify and express the conflicting emotions that grief may cause. They can experience changes in behavior, sleep, or eating patterns. Many children struggle at school in the aftermath of a loved one’s death. Some children act out in unproductive and potentially dangerous ways. Parents and guardians are often suffering from grief themselves and need additional resources to support their children at home. Led by dedicated professionals and trained volunteers from Seasons Hospice & Palliative Care, Camp Kangaroo helps children feel less alone in their grief, provides them with a supportive environment to express their emotions, and helps them learn effective coping strategies.

Camp Kangaroo is a bereavement camp experience provided free of charge to children in the community who have suffered the death of a loved one. Participants receive grief education and emotional support combined with fun camp activities. The only national bereavement camp of its kind, this program is psychotherapy and creative arts therapy based. It provides an opportunity for children to process their grief and find new meaning following the loss of their loved ones.

Camp Kangaroo offers healing that is felt across generations. The Sponsor a Camper Program is your opportunity to make a difference. By providing a sponsorship, you can help change a child’s life forever! A gift of $300 will sponsor one child to attend our camp. If you would like to sponsor a camper, please complete the Sponsor a Camper Pledge Form or call our office at (847) 692-1000 for more information. The emotional impact that this camp program provides is priceless.

HOW TO SPONSOR A CAMPER 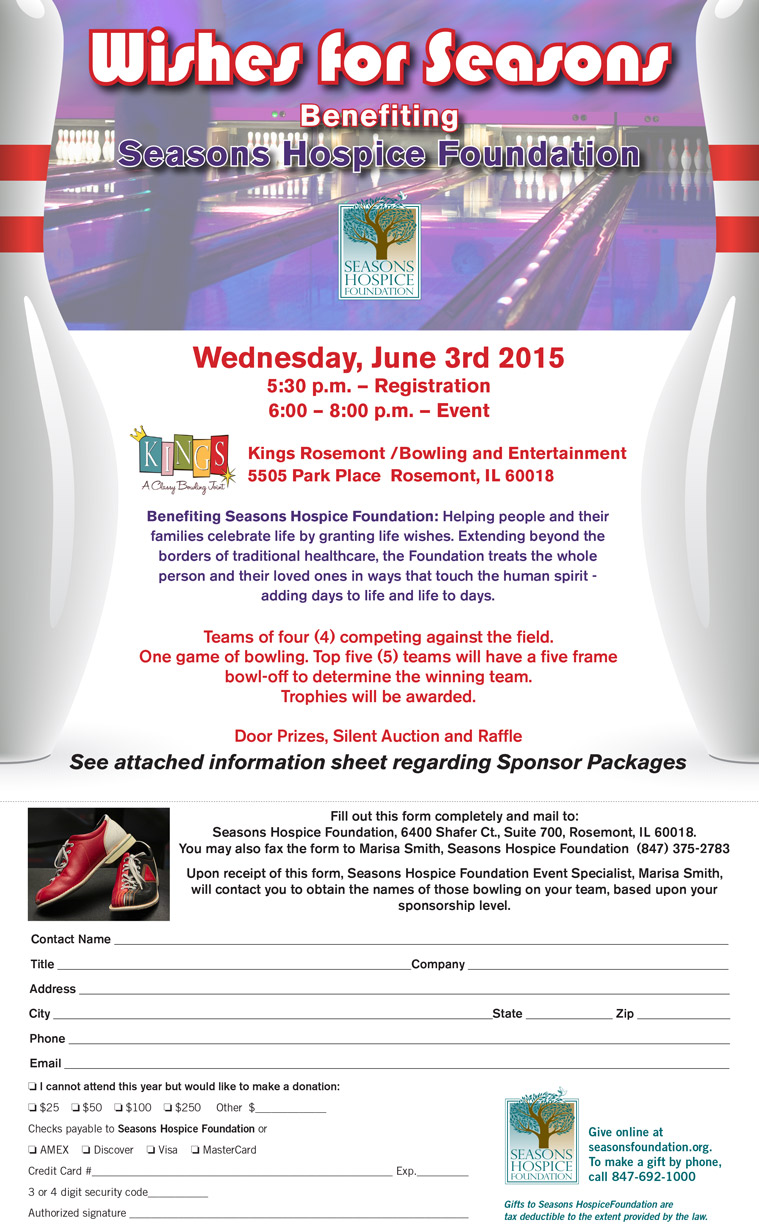 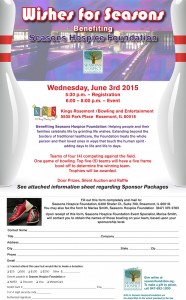 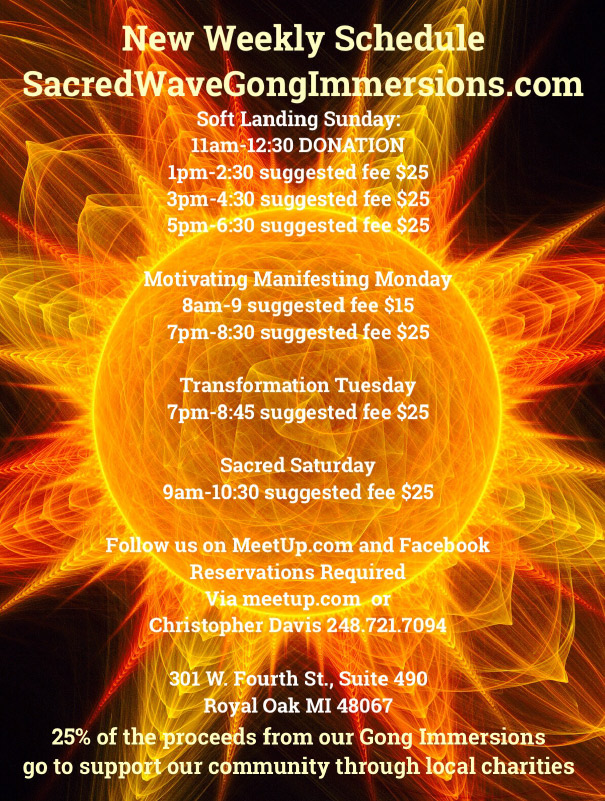 Please note that Sacred Wave Gong Immersions will be donating 25% of their profits to Seasons Hospice Foundation in support of the Camp Kangaroo program beginning April 19th through May 17, 2015. 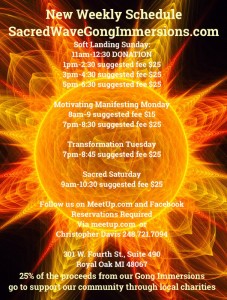